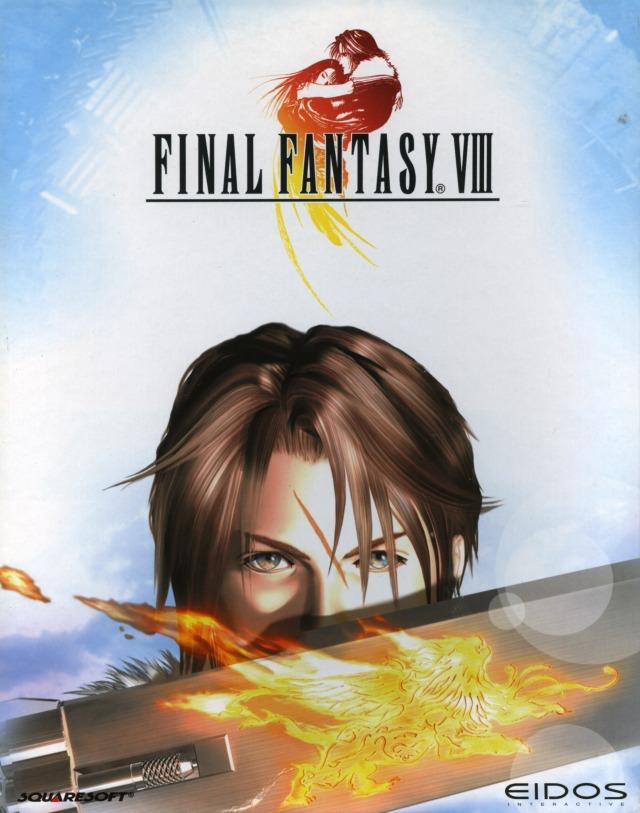 Final Fantasy VIII is a role-playing video game developed and published by Square (now SquareEnix) for the PlayStation console. Released in 1999, it is the eighth main installment in the Final Fantasy series. Set on an unnamed fantasy world with science fiction elements, the game follows a group of young mercenaries, led by Squall Leonhart, as they are drawn into a conflict sparked by the sorceress Edea. After defeating Edea, the protagonists learn that she was under the control of Ultimecia, a sorceress from the future who wishes to compress time. During the quest to defeat Ultimecia, Squall struggles with his role as leader and develops a romance with one of his comrades, Rinoa Heartilly. (~excerpt from Wikipedia)

Most of Final Fantasy VIII is set on an unnamed fantasy world with one moon. The game primarily consists of modern elements but does contain some futuristic elements. The planet comprises five major landmasses, with Esthar, the largest, covering most of the eastern portion of the map. Galbadia, the second-largest continent, lies to the west, and contains many of the game’s locations.

The northernmost landmass is Trabia, an Arctic region. Positioned roughly in the middle of the world map lies Balamb, the smallest continent, the island on which the game begins. The remaining landmass is small and mostly desolate, riddled with rough, rocky terrain caused by the impact of a “Lunar Cry”, an event where monsters from the moon fall to the planet. The southernmost landmass includes an archipelago of broken sections of land that have drifted apart. Islands and marine structures flesh out the rest of the game world, and a handful of off-world locations round out the game’s playable areas.

What is “Balamb Garden”? Garden is a prestigious network of military academies for elite mercenaries known as “SeeDs”. There are four Gardens as of this series: Balamb, Galbadia, Trabia, and Deling.

What is a “GF”? GF stands for Guardian Force and is a magical creature able to be summoned in battle. There are a wide variety of GFs in the Final Fantasy universe. A side-effect of consistent use is loss of long-term memory.

Most of these FanFiction titles can be downloaded for free in various eBook formats (including Nook and Kindle) from Smashwords.com (links provided). My author page for Smashwords is: https://www.smashwords.com/profile/view/nonaking.

NOTE: I am considering uploading PDF documents to this site so that you can download them directly. Once I finish with that upload process, links for the files will be provided.

One thought on “Final Fantasy VIII”